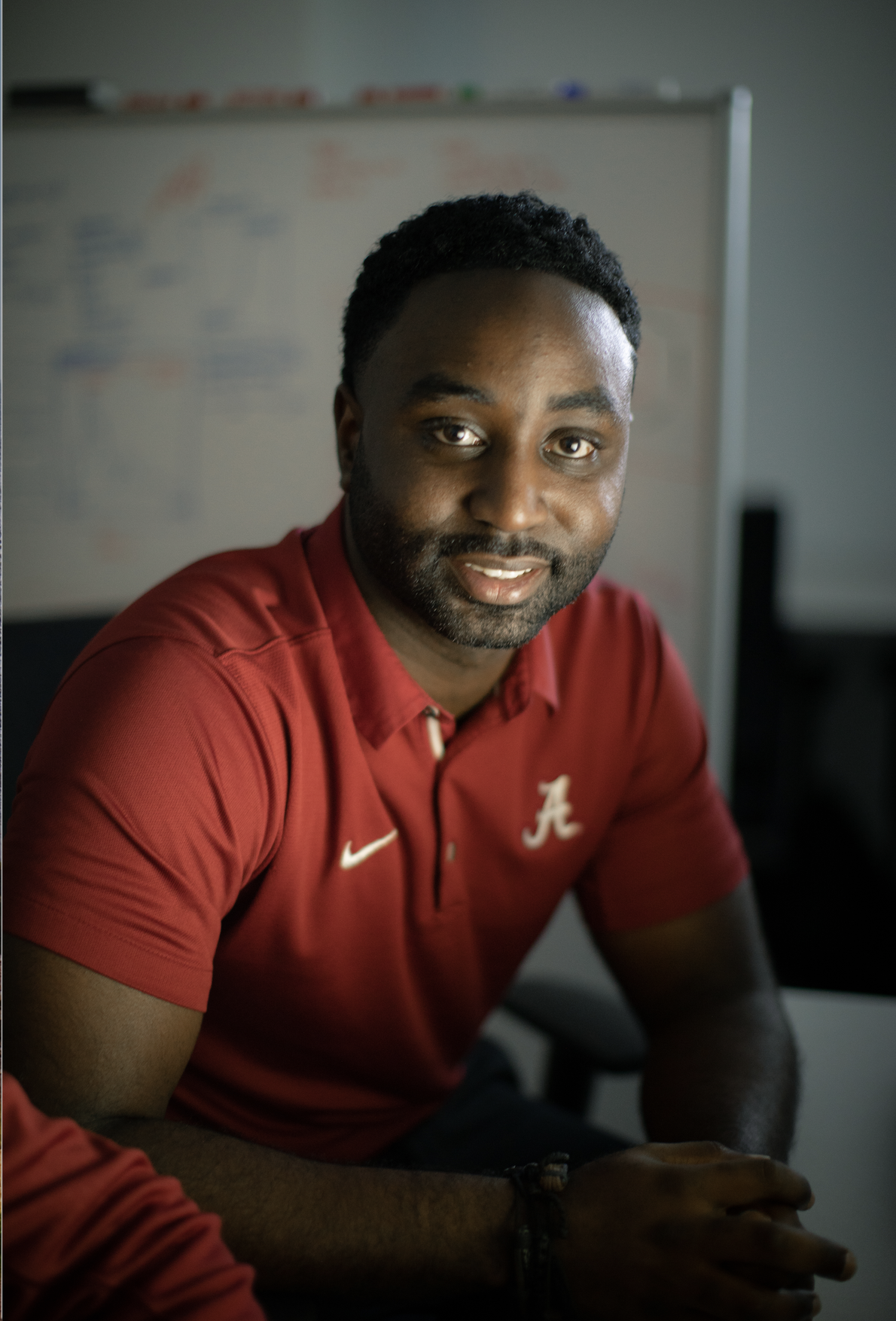 Chris Crawford, Ph.D., may have taken a different path in life had a storm not fried his computer.

“It was literally a lightning strike that propelled me into computer science,” said Dr. Crawford (HCC Ph.D. ’17), an assistant professor at the University of Alabama Department of Computer Science.

The computer was a gift from his aunt when he was in sixth or seventh grade. It worked quite well, until one night the computer essentially got struck by lightning and the power supply was blown out.

“I came from a blue-collar family,” he said. “So, the idea of fixing this computer or paying a bunch of money to get a new one … that wasn’t going to happen.”

Dr. Crawford had to fix the computer himself and says this was the catalyst that made him interested in computer science. After receiving a telescope as a Christmas gift from his parents, Dr. Crawford’s father gave him a book on astrology hoping it would pique his interest in science. But eventually, his father saw his interest in computers and found a way to get him another working computer.

With a working computer and access to the Internet, Dr. Crawford was able to explore the online gaming community where he learned about fixing bugs and patching software.

“That’s when I kind of became familiar with coding,” he said. “I thought, ‘OK, there’s something else behind the scenes making all of this work.’ And these people, on this platform, they knew how to fix these bugs. And I thought, ‘Well, how do you do it?’”

“Even though it was bad that my computer broke, it was probably the best thing that ever happened because it forced me to try to figure out what was going on inside,” he said. “Years later, we’re deconstructing computers and getting kids to put them back together because that’s actually tangible learning. It’s helping them figure out exactly how these devices work, which raises curiosity about computational thinking and interest in STEM.”

Thinking back on his journey, Dr. Crawford recalled some of the mentors who helped him along the way. A major influence was Monica Anderson, Ph.D., an associate professor at the University of Alabama. While pursuing his undergraduate degree, Dr. Crawford ended up doing undergraduate research in Dr. Anderson’s lab. When it came time for him to consider graduate school, one of the people she suggested working with was Juan E. Gilbert, Ph.D., the chair of the University of Florida Department of Computer & Information Science & Engineering, who was teaching at Clemson University at the time.

“Dr. Gilbert was very influential and really showed me the landscape of what it means to be a Ph.D. in computer science and also, in particular, what it meant to be a faculty member in computer science,” said Dr. Crawford, who recently received a CAREER Award from the National Science Foundation (NSF). CAREER awards are the NSF’s most prestigious award for junior faculty and are designed to help provide a foundation for a lifetime of scientific leadership. The awards are given to an outstanding scientist who exemplifies the role of teacher-scholars through research, education and the integration of education and research.

When Dr. Gilbert, the Banks Family Preeminence Endowed Professor, became a faculty member at UF, it was an easy decision for Dr. Crawford to go to Gainesville. The prospect of coming to UF was also very appealing because of the university’s reputation. Once he arrived, the motivation to do research changed for the better.

“It was a different level of motivation to kind of prove to the world that we belonged alongside some of the greatest alumni that had walked through those halls,” said Dr. Crawford, who was one of the first students to graduate from the HCC Ph.D. program. “It was very motivating to be at Florida. When we did create things that were novel, we had the ability to showcase them to the world.”

“There are a few labs doing that kind of research, but we were the first, to my knowledge, to actually build systems and host public demonstrations around multi-party experiences that involved brain-computer interfacing and robotics,” he said. “I think that was kind of a match made in heaven. We did it at Florida and the rest is history. Had we been at another institution, we might have had a different result.”

Today, as a faculty member, Dr. Crawford is hoping to provide his students with the same tools for success. On an immediate level, he looks forward to the day when his students are the ones publishing papers, doing interviews and winning awards. On a broader level, he hopes to change the face of computer science with the next generation.

“I’m excited about really teaching kids about being curious around science and math, and being innovators and being computational thinkers,” he said. “Hopefully, the work that we’re doing in rural Alabama will help promote some of those skillsets. Maybe we’ll start seeing them in real estate or in business, in addition to computer science.”