The IEEE has named two professors from the Department of Computer & Information Science & Engineering (CISE) as 2021 Fellows. Professors Prabhat Mishra, Ph.D., and My T. Thai, Ph.D., were among three Fellows selected from the University of Florida and five selected from the State of Florida this year.

IEEE Fellow is a distinction reserved for select IEEE members whose extraordinary accomplishments in any of the IEEE fields of interest are deemed fitting of this elevation. 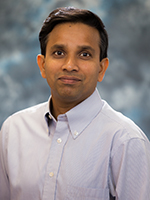 Dr. Mishra’s research interests include embedded and cyber-physical systems, energy-aware computing, formal verification, hardware security and trust, quantum computing, and system-on-chip validation.  Dr. Mishra earned his Ph.D. in computer science and engineering from the University of California at Irvine in 2004 and an M.Tech. from the Indian Institute of Technology, Kharagpur in 1996. Prior to joining UF, he worked in industry at Intel, Motorola, Sasken, Synopsys and Texas Instruments.

“I am pleased and honored to be elevated to IEEE Fellow,” he said. “This prestigious membership gives me the visibility in the international research community as well as the motivation to dedicate my life to advancing technology for humanity.”

Dr. Mishra is an ACM Distinguished Scientist, and served as an ACM Distinguished Speaker during 2016-2019. He has published eight books and 35 book chapters, has sixteen patents/copyrights, and more than 200 research articles in premier international journals and conferences. He received the UF Term Professorship twice, in 2017 and 2019, was named a UF Research Foundation Professor in 2020, and received the Herbert Wertheim College of Engineering Doctoral Dissertation Advisor/Mentoring Award in 2019. 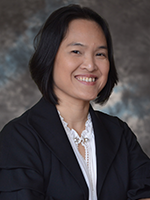 Associate Director, Warren B. Nelms Institute for the Connected World

Dr. Thai’s research interests include many areas that touch on the connected world, including scalable and interpretable machine learning, security and privacy, blockchain, big graph mining, complex network analysis, approximation algorithms and optimization. In 2019, Dr. Thai was named the associate director of The Warren B. Nelms Institute for the Connected World.

She earned her Ph.D. from the University of Minnesota, Twin Cities in 2005; and two bachelor’s degrees, one in computer science and the other in mathematics, from Iowa State University in 1999.

Dr. Thai was named a UF Research Foundation Professor in 2016. She received an early career award from the National Science Foundation in 2010 and a young investigator award from the Defense Threat Reduction Agency for 2009. She has been on the faculty of the Herbert Wertheim College of Engineering since 2006, receiving $9 million in grants over that time, published seven books and more than 220 research articles.

In 2015, Dr. Thai was the first woman to be named full professor in CISE. A scholarship geared toward young women in CISE was named after Dr. Thai to mark this accomplishment. The scholarship is awarded to outstanding women who are in their junior or senior year at UF.