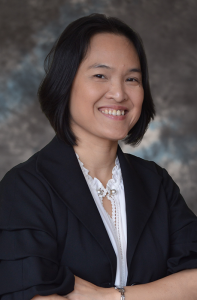 The University of Florida Research Foundation (UFRF) has named My T. Thai, Ph.D., a professor in the Department of Computer & Information Science & Engineering, a UFRF Professor for 2016-2019.

Thai’s research interests include blockchain, scalable machine learning, security and privacy, big graph mining, complex network analysis, approximation algorithms and optimization. She earned her Ph.D. from the University of Minnesota, Twin Cities in 2005; and two bachelor’s degrees, one in computer science and the other in mathematics, from Iowa State University in 1999. Thai received an early career award from the National Science Foundation (NSF) for 2010-2015 and a young investigator award from the Defense Threat Reduction Agency (DTRA) for 2009-2014.

In 2015, Thai was the first woman to be named full professor in the CISE department. A scholarship geared toward young women in the CISE was named after her to mark this accomplishment. The scholarship is awarded to outstanding female undergraduate students who are in their junior or senior year.