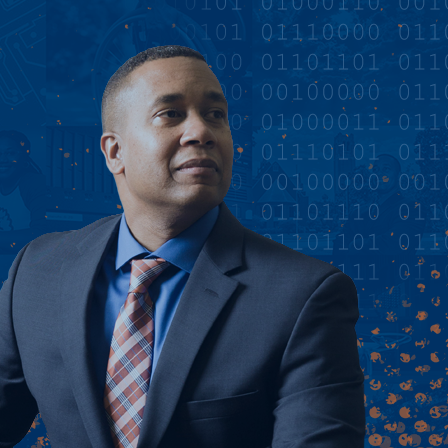 Juan E. Gilbert, Ph.D., The Banks Family Preeminence Endowed Professor and chair of the UF Department of Computer & Information Science & Engineering, has been named a Fellow of the Association for Computing Machinery (ACM). Gilbert was recognized for his individual contributions to advancing the field of computing. He was 1 of 56 members named as ACM Fellows for 2018.

ACM is the world’s largest and most prestigious association of computing professionals. ACM Fellows comprise fewer than 1 percent of the association’s global membership. Selection as an ACM Fellow is based on professional experience and achievements, as well as contributions to the broader computing community.

Gilbert came to CISE in 2014, where he leads the Human-Experience Research Lab. He is also a Fellow of the American Association of the Advancement of Science, and a Senior Member of the IEEE. Gilbert majored in systems analysis at Miami University in Ohio. He also obtained computer science degrees at the University of Cincinnati, earning his master’s degree in 1995 and his Ph.D. in 2000.

“Being an ACM Fellow is a significant honor for CISE and me, personally,” Gilbert said. “This is an acknowledgment of excellence in the field by my peers. I am extremely honored to be named an ACM Fellow, and it reflects on our efforts to do research that impacts society.”

Gilbert is the inventor of Prime III, an open-source, secure and accessible voting technology that has been used in New Hampshire since 2015 and recently in Ohio during the mid-term elections.

Visit ACM for more information on this designation.