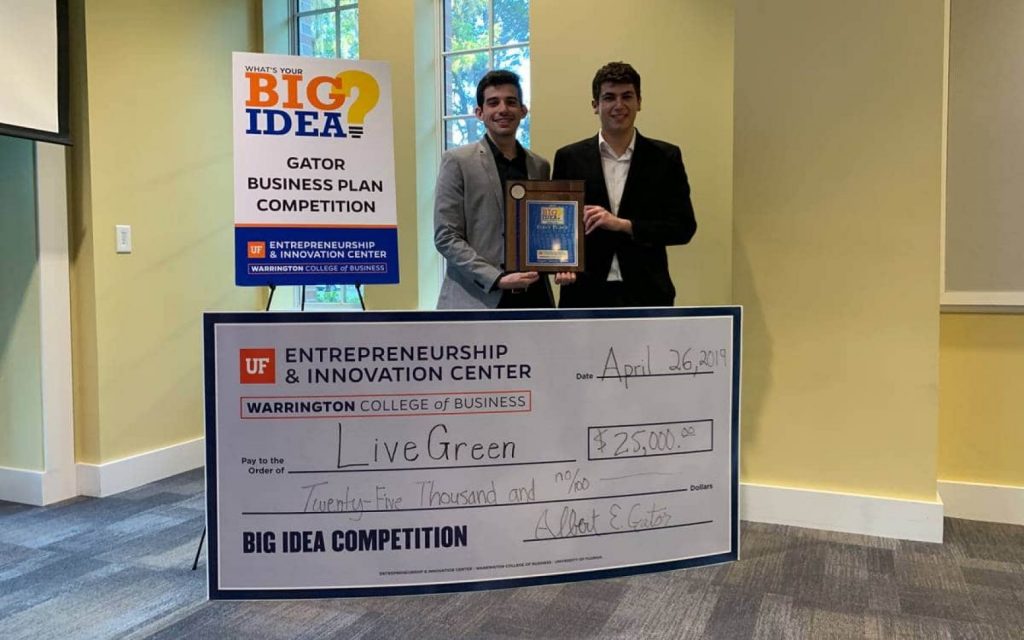 Led by CEO and Co-Founder Brian De Souza and CTO and Co-Founder Pablo Garces, LiveGreen is a mobile platform that empowers people to reduce their carbon footprint so they can be part of the solution to end climate change in one generation. LiveGreen does so by allowing people to track, reduce and offset their daily emissions. Through LiveGreen’s proprietary database, the platform makes it easy to track daily emissions from food, purchases, and transport; much like MyFitnessPal but for the environment.

“We give people specific ways to improve based on their daily choices,” said De Souza. “And LiveGreen allows people to become carbon neutral by offsetting their emissions by planting trees in reforestation projects worldwide.”

De Souza and Garces are excited to take LiveGreen to the next level thanks to the prize money they won at the Big Idea Competition.

“Since freshman year at UF, we have always followed the Big Idea Competition and always had an interest in competing in it,” said De Souza. “We were really excited to have been selected into the sweet sixteen groups and could not believe we got first place! The $25,000 prize will allow us to start scaling the company quicker and set us up for a pre-seed round in the next few weeks.”

Read the full story and learn more about the Big Idea Competition here.