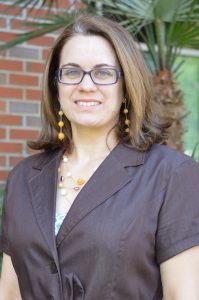 Lisa Anthony, Ph.D., an associate professor at the UF Department of Computer & Information Science & Engineering (CISE), was named a Senior Member of the Association for Computing Machinery (ACM).

“Being named an ACM Senior Member is an acknowledgment of my research contributions to the ACM community over the last 15 years,” Anthony said. “I’m honored to have been recognized and to have reached this milestone in my career.”

Anthony received her Ph.D. from the Human-Computer Interaction Institute (HCII) in the School of Computer Science (SCS) at Carnegie Mellon University in Pittsburgh, Pa. In addition to a master’s degree in HCI from Carnegie Mellon, she has a bachelor’s and a master’s degree in computer science with concentrations in artificial intelligence, human-computer interaction, and software engineering from Drexel University in Philadelphia.