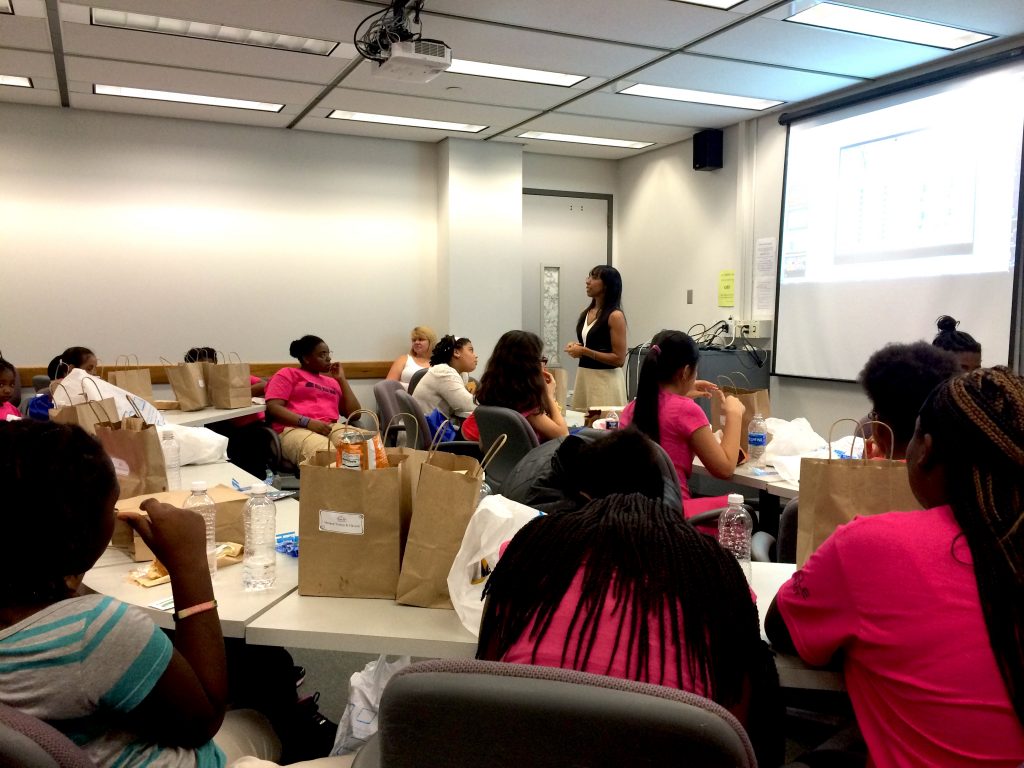 After a short hands-on lesson in coding and animation, the girls took a tour of the Human-Experience Research Lab in the Department of Computer and Information Science and Engineering (CISE). Kara Gundersen, a CISE Ph.D. student, spoke to the girls about an augmented reality project she recently worked on to showcase the new flagship engineering building, the Herbert Wertheim Laboratory for Engineering Excellence.

During a lunch and learn, Shaundra Daily, an associate professor in CISE and director of the digital arts and sciences program, spoke to the girls about emotions, body language and facial expressions and how those relate to human-centered computing. Daily also talked about balance in her life and how over the span of 13 years she was able to get a bachelor’s degree, two master’s degrees, a Ph.D., have two children and work simultaneously.

“Don’t let anybody tell you that you have to take a certain path in life just because it’s already there,” Daily said.

While women and minorities are still underrepresented in STEM fields across the country, UF – and specifically the CISE department – are leading efforts to reverse that trend. According to a 2015 survey, there are 50 black female Ph.D. students nationwide. Twenty-four percent of those women are studying in CISE.

The girls’ visit was coordinated through the Herbert Wertheim College of Engineering’s Gator Outreach program and Tech Sassy Girlz, the signature outreach program of the Florida-based nonprofit Collegiate Pathways. Tech Sassy Girlz is an official partner of the White House initiative Computer Science for All (#CS4All).

“We are really excited to be here,” said Laine Powell, founder of Collegiate Pathways. “We are grateful for the opportunity to partner with the University of Florida and the Computer and Information Science and Engineering department to introduce our girls to computer engineering.”