Abstract: For the past 10 years, there has been rapid growth in the teaching of computer science in K-12 with a particular focus on broadening the participation of students from underrepresented groups, including students with disabilities. Popular tools such as Scratch, ScratchJr, and many other block-based programming environments have brought programming concepts to millions of children around the world. The United States has about 7.6 million school children with recognized disabilities. It is generally not the case that these students are adequately served by the current K-12 computer science education or any of the block-based programming environments. In particular, the approximately 30,000 blind and visually impaired children are left out.

In this talk, we address this by describing two programming environments that are accessible: the Quorum Language and Blocks4All. The Quorum Language, created by Andreas Stefik, is a text-based programming language with syntax and semantics that have been created to be as usable as possible using randomized controlled trials. For younger children, Lauren Milne created Blocks4All, a block-based programming environment that can be used by anyone, including those who are blind or visually impaired. The challenge for the future of K-12 computer science is to be more inclusive regardless of race, ethnicity, gender, socioeconomic status, and disability status. 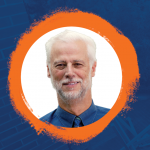 Biography: Richard E. Ladner is a Professor Emeritus in the Paul G. Allen School of Computer Science and Engineering at the University of Washington where he has been on the faculty since 1971. His research is in the area of accessible computing, which is a subarea of human-computer interaction (HCI). Much of his current research focuses on accessible educational technology. He is the PI for the NSF-funded AccessComputing Alliance that has the goal of increasing the participation of students with disabilities in computing fields. He is also a PI for the NSF-funded AccessCSforAll that is focused on preparing teachers of blind, deaf, and learning disabled children to teach their students computer science. He is a recipient of the 2004 Presidential Award for Excellence in Science, Mathematics and Engineering Mentoring (PAESMEM) and the 2008 A. Nico Habermann Award. He is an ACM Fellow and an IEEE Fellow.