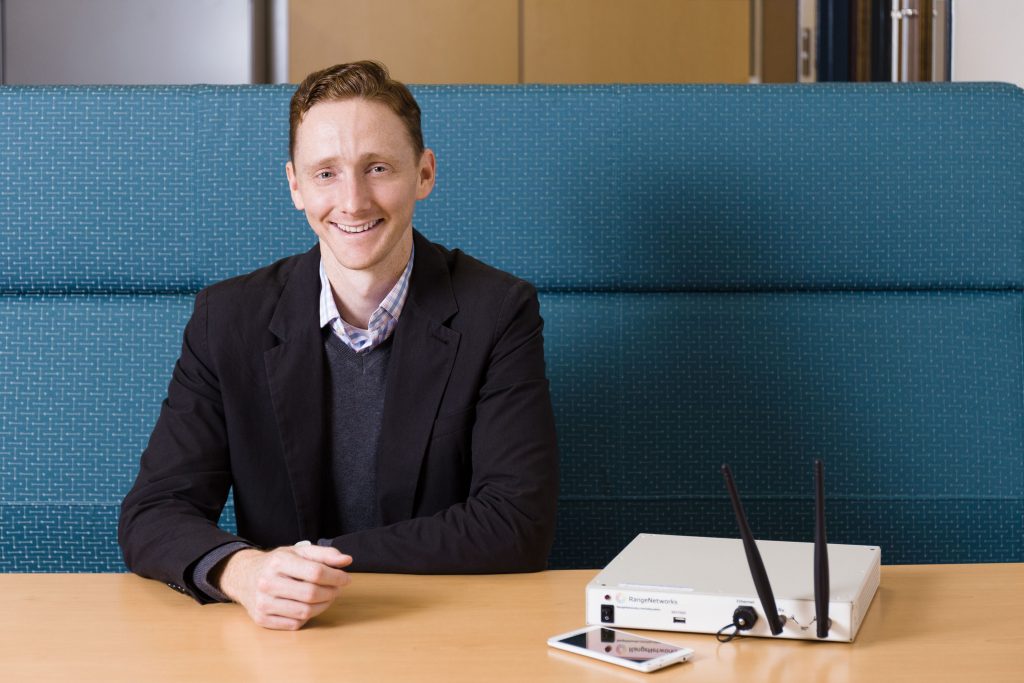 The Herbert Wertheim College of Engineering at the University of Florida has named Patrick Traynor, Ph.D., the John H. and Mary Lou Dasburg Preeminent Chair in Engineering. Traynor came to the Department of Computer & Information Science & Engineering (CISE) in 2014 as an associate professor focusing on security and networks.

John and Mary Lou Dasburg established their endowment in 2013 to support the “hiring of a faculty member whose research and teaching endeavors address prime focus areas in engineering and technology.” John Dasburg earned a bachelor’s degree in industrial engineering from UF in 1966, a master’s in business administration in 1970 and his juris doctorate in 1973. Mary Lou Dasburg is a graduate of Loyola University in New Orleans, the University of North Florida, and the University of Florida College of Law.

Featured on CSPAN, Forbes and The Wall Street Journal, Traynor’s research focuses on the security of mobile systems concentrating on telecommunications infrastructure and mobile devices. Traynor is the co-director of the Florida Institute for Cybersecurity (FICS) Research at UF, which focuses on the advancement of cybersecurity for collaboration in industry and government. FICS’s award-winning students and faculty work keep the world digitally safe and secure, which includes the development of ways to stop ransomware.

“From the moment he set foot on our campus Patrick has taken a strong leadership role,” said Cammy R. Abernathy, dean of the Herbert Wertheim College of Engineering. “He collaborates extensively with our cybersecurity team, takes on enormous research challenges, and engages the public with practical solutions that can have a direct and positive impact their lives. I’m excited to see what he will accomplish with this endowment.”

Traynor majored in computer science and engineering at Pennsylvania State University, earning his master’s degree in May 2004 and his Ph.D. in May 2008. He was named a Sloan Research Fellow in 2014 and received a CAREER Award from the National Science Foundation in 2010. He has also authored 21 journal articles and 48 conference papers on cyber and mobile security.

“I am absolutely humbled by this recognition by both the Dasburg family and the University of Florida,” Traynor said. “Cybersecurity impacts everything from healthcare and defense to the humanities and freedom of expression. UF is committed to addressing what is one of the greatest challenges of the 21st century.”