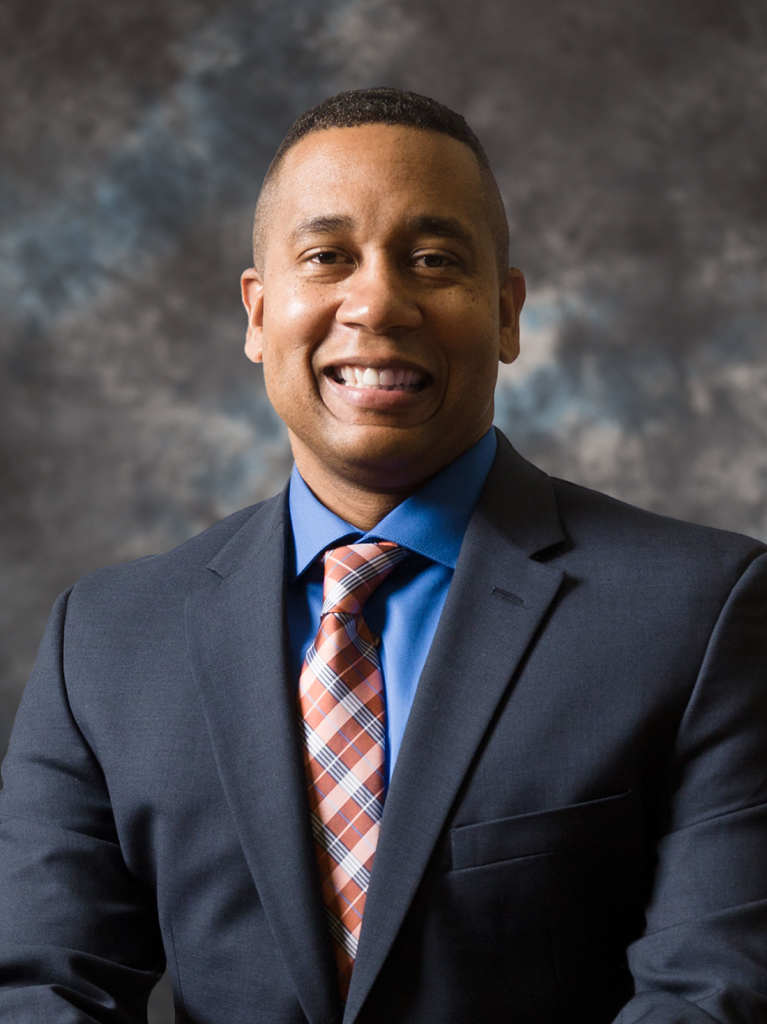 Dr. Juan Gilbert’s father did not complete high school, but he fought in the Korean war and was born and raised in Pulaski, Tennessee—the birthplace of the Ku Klux Klan. “He was there when it happened,” Gilbert says, referring to the time when the KKK held demonstrations and violently upheld segregation in the 1950s and 1960s. “For him, he grew up facing racism.”

When protestors took to the streets demanding police reforms after the death of George Floyd and forcing Americans to confront systemic racism in all areas of life, Gilbert knew he was ready for this moment. “The situation we are going through is painful, but I feel a little more equipped to deal with it,” he says. “Because I had a father who grew up with lynchings, he was in this environment in a totally different way and I was exposed to that through him.”

With his childhood and life experience conjoined with his father’s memories of Jim Crow, Gilbert found himself searching for the silver lining in the nimbus clouds earlier this month. The AAAS Fellow and member then decided to write a set of guidelines for diversity and inclusion in crisis.

His own journey has led him to encourage professors and teachers in STEM to reach out to Black students immediately. In his recently published guidelines, he notes a conversation with Black students is just the beginning. He also offers questions that professors can use to check in with their students, such as “do you feel safe?”

“For me, it is too familiar, I have seen this before,” he says of the recent focus on systemic racism. “It is an opportunity for the nation to be exposed to what happens to too many of us and hopefully this will be the time when we can take corrective action. I am trying to be optimistic about it.”

As The Banks Family Preeminence Endowed Professor and Chair of the University of Florida Department of Computer & Information Science & Engineering, where he specializes in human-centered computing and artificial intelligence (AI), Gilbert has embarked on a propitious journey to solve some of the most vexing problems in STEM, such as diversity in university student recruitment. Citing the Supreme Court’s June 2003 decision in Grutter vs Bollinger which ruled that the Equal Protection Clause does not prohibit narrowly tailored use of race in admissions decisions, Gilbert recalled the frustration widely shared by others in academia. “How do you do that?” he remembers people asking. “So many people just dropped it and so what I did, I wrote software,” he says in response to the Court’s decision.

In March 2006, Gilbert launched Applications Quest, a software tool which uses artificial intelligence in evaluating and comparing student’s applications to increase diversity without sacrificing quality. “The University of Florida uses this in our scholarships and so I am looking to license that software hopefully I will have an announcement soon.”

Meanwhile, the issue of supporting and empowering other Black scientists in the scientific community remains a big concern for Gilbert. Gilbert, who was the first person to go to college in his family, was also the only African American in his Computer Science Ph.D. Program in 1998 at the University of Cincinnati.

“I was very isolated,” he says of being the only Black student. “I felt like I was the only one in the world and so what I did was build community and hang out with other African Americans who were on Campus. And that is where I learned about social justice and education that helped me intertwine computing with those kinds of things.”