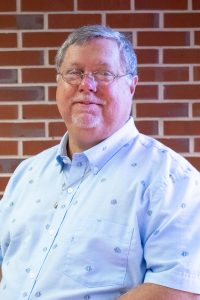 Manuel Bermudez, Ph.D., an associate professor, recently retired from the Department of Computer & Information Science & Engineering (CISE) after 34 years. Dr. Bermudez came to the University of Florida as a CISE assistant professor in 1985. His research focused on programming languages, and he made several important contributions in the area of syntax analysis in compilers.

Throughout his time at CISE, Dr. Bermudez took on many roles. He became the Latin American Outreach Coordinator in 2000. He spent time as a faculty coach for the Integrated Product and Process Design (IPPD) program at the Herbert Wertheim College of Engineering beginning in 2001, where he helped students to develop software solutions for Dell, Lockheed-Martin, General Dynamics, InfoTech, Entertainment Arts, and Disney.

In 2018, Dr. Bermudez was awarded the Founders Medal by LACCEI (Latin American and Caribbean Consortium of Engineering Institutions). He was the department’s Graduate Coordinator from 1986 to 1988. This involved one committee that handled graduate affairs, recruiting, admissions and curriculum.

“During this time, we completely rewrote the Ph.D. program, giving it the structure that (mostly) still stands today,” he said.

“In 2012 our department was the first to place all our supporting ABET accreditation documentation online for ABET Evaluators to see, instead of keeping it all on paper,” Dr. Bermudez said.

Dr. Bermudez was named a Fulbright Scholar three times. The first time was from 1996 to 1997 where he spent a year doing research and teaching at the University of Costa Rica. The second time was from 2003-2004, and the first half of 2004-2005, when he did research, taught, and wrote a textbook at the Universidad de los Andes, in Merida, Venezuela. And from July 2014 to December 2014 he was a visiting lecturer at the University of Costa Rica. Dr. Bermudez also gave over a hundred invited talks at many universities and conferences in Latin America.

“Thirty-four years is a lifetime. I can hardly believe the changes in the computing discipline since I started using punched cards over 40 years ago,” Dr. Bermudez said. “Throughout my career, I always told my students that the future of computing looked brighter, more exciting and more challenging than ever. I believe that is still the case today.”