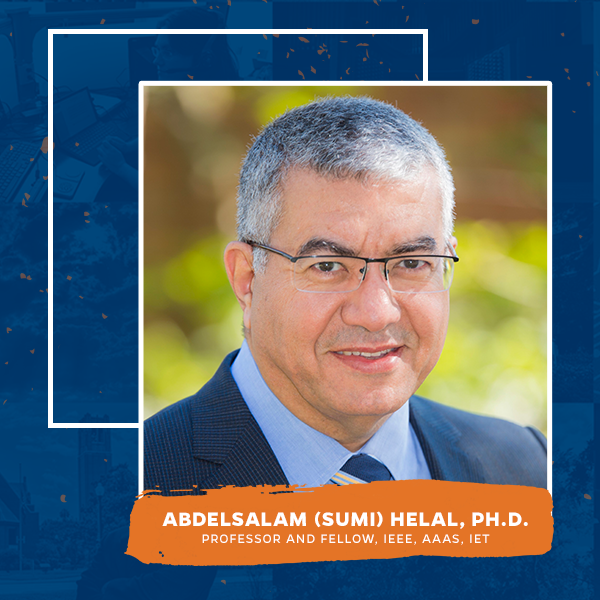 Congratulations to Sumi Helal, Ph.D., a professor in the Department of Computer & Information Science & Engineering, who was recently elected as a member of the Academia Europaea, the European equivalent to the National Academy of Sciences.

Dr. Helal’s primary research areas are pervasive and mobile computing, digital health, and the Internet of Things. His other research interests include the domains of disabilities, aging, and smart health and wellbeing.

“I am honored to be recognized by my European peers in such a prestigious Academy,” Dr. Helal said. “I’m looking forward to representing the University of Florida and the Herbert Wertheim College of Engineering among my European counterparts.”

Dr. Helal is a Fellow of the Institute of Electrical and Electronics Engineers (IEEE), Fellow of the American Association for the Advancement of Science (AAAS) and Fellow of the British Institution of Engineering and Technologies (IET). He came to UF in 1998 as an associate professor after working in industrial research and became a full professor in 2004. Dr. Helal was the Finland Distinguished Professor (FiDiPro) from 2011-2013, a visiting Fellow of the Institute of Advanced Studies at the University of Bologna, Italy (2014), and chair in Digital Health in Lancaster University, United Kingdom (2017-2020).

The mission of Academia Europaea is the “advancement and propagation of excellence in scholarship in the humanities, law, the economic, social, and political sciences, mathematics, medicine, and all branches of natural and technological sciences anywhere in the world for the public benefit and for the advancement of the education of the public of all ages. The aim of the Academy is to promote European research, advise governments and international organizations in scientific matters, and further interdisciplinary and international research.”

Membership into the academy is by invitation only. Invitations are made only after peer group nomination, scrutiny, and confirmation as to the scholarship and eminence of the individual in their chosen field. Election is confirmed by the Council of the Academia.

Members are drawn from across the European continent. Members also include European scholars who are residents in other regions of the world. Current membership stands at around 4,000. Amongst them are seventy-two Nobel Laureates, several of whom were elected to the Academia before they received the prize.