Black and Hispanic people face huge hurdles at technology companies and in computer-science education in the United States, with far-reaching consequences for science and all of society. 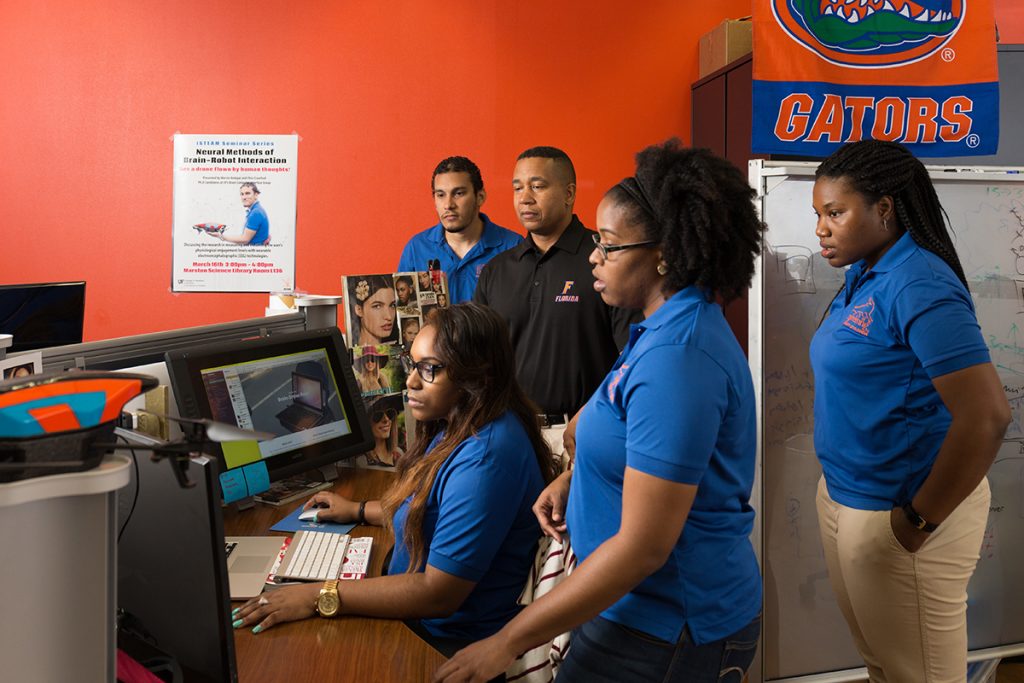 Juan Gilbert felt alone as he pursued a Ph.D. in computer science in the 1990s. It was a familiar sense that had followed him throughout his university years, as a student from modest means and the first of his family to pursue higher education.

But there was something else that weighed on him during his doctoral training at the Ohio State University in Columbus, one of the largest academic institutions in the United States. Despite the size of the university, there were no people who looked like him in the computer-science graduate program or among the department’s faculty members.

“I didn’t see another Black person in computer science until more than a decade after high school,” says Gilbert.

He contemplated leaving the field entirely until a Black professor at another university encouraged him to find another program instead.

Gilbert transferred to the University of Cincinnati in Ohio, where he built a community of other Black Ph.D. students. But his ‘a-ha’ moment came when he joined the computer-science faculty at Auburn University in Alabama, where there was one other Black faculty member and two Black Ph.D. students in the department. It clarified something for him he feels should have been obvious: all across the country, there were Black PhDs just like him who were struggling with isolation just like him, enduring microaggressions just like him and fighting the urge to quit, just like him.

With that realization, he pledged to help create a more supportive and inclusive computer-science environment for Black students and has continued that work as chair of the Department of Computer & Information Science & Engineering at the University of Florida in Gainesville. He thinks that vision is why the university ranks top in terms of the number of computer science Ph.D.s awarded to Black students, and why it boasts the largest proportion of Black computer-science faculty members at any predominantly white institution in the United States.

There are diversity gaps in computer science and in science, technology, engineering and mathematics (STEM) subjects in many countries. The problem is particularly acute in the United States, which spends much more than any other country on research and development and is home to many of the largest technology companies. Despite being a global leader in computer science, the United States has long struggled to increase diversity in this area.

Computer occupations make up one of the fastest-growing employment sectors in the United States, and the US Bureau of Labor Statistics projects that the number of jobs in this area will increase three times faster than the average — and faster than many other fields in STEM. But Black, Latino and Indigenous people remain under-represented in computing jobs. Black and Hispanic people make up almost 13% and 18% of the US workforce, but they hold only 7% and 8%, respectively, of the jobs in computing. (The US government considers ‘Hispanic or Latino’ an ethnicity and that people of Hispanic or Latino origin may be of any race.)

The diversity gap is growing at universities. For bachelor’s degrees, the primary degree granted by US universities, the proportion of computer-science degrees going to Black students has dropped from more than 11% in 2013 to less than 9% in 2020 (see ‘Computing losses’).

That’s a problem, says Gilbert, because computer science is now so fundamental to everything.

“Computing is in health, transportation, education, finance, you name it — computing is there,” he says. “And recent reports have found that, when you have a lack of diversity, computing implementations can have a bias that disproportionately affects certain [marginalized] people in a very dramatic way.”

Read the full story on Nature.