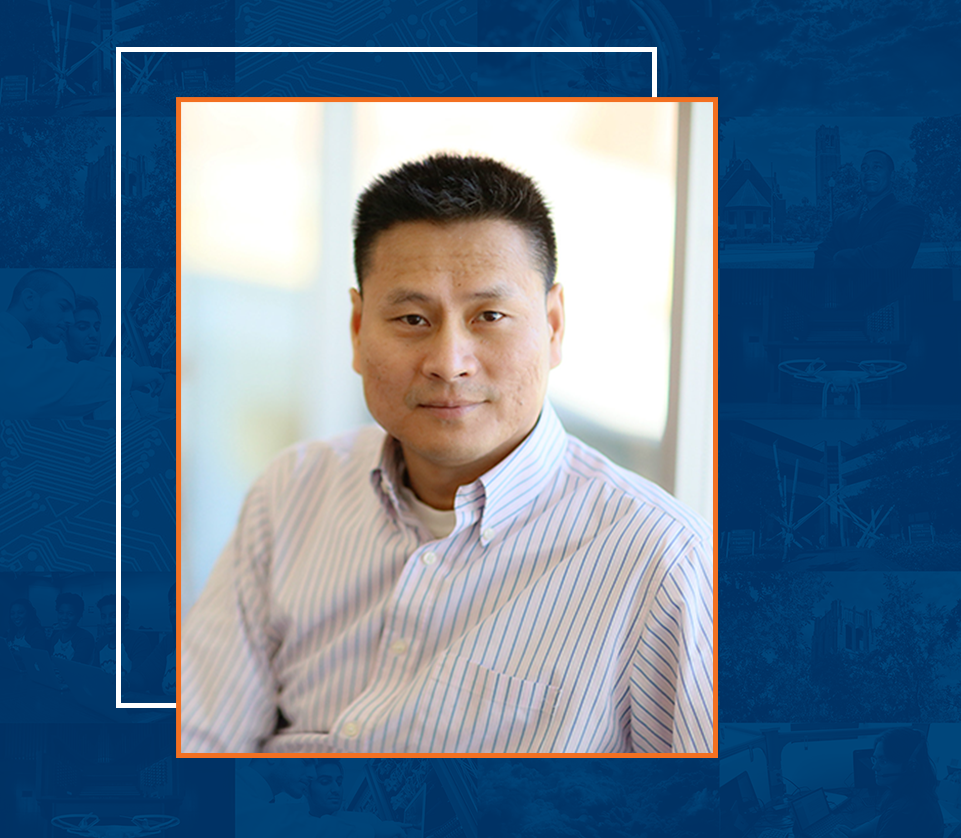 Growing up in China, Chunbo “Chuck” Huang, Ph.D., (Ph.D. CE ’00), founder and CEO of Citcon, didn’t know that one day he would become a computer scientist. After he won the national level high school math and physics Olympiad competitions, he received an offer from Tsinghua University to attend and pick any major.

“Although I didn’t know much about computers or programming at that time, I read many newspaper articles about the fast-changing world of computer technology,” he said. “I figured out computer science would be an exciting field for me to study.”

In 1996, after earning his bachelor’s and master’s degrees from Tsinghua, Dr. Huang looked to the University of Florida as the perfect place to pursue his Ph.D. in computer science. In fact, he would later become the first member of his family to earn a Ph.D. degree.

“There are many exciting computer science fields like database, AI, and networking that I wanted to further study,” he said. “All of the world’s leading researchers/experts in those fields are at UF and other U.S.-based universities.”

Dr. Huang decided not to pursue an academic career, and instead joined a startup called Vitria Technology in the San Francisco bay area. He would continue to move through technology companies throughout his career, spending time working for PayPal, eBay and Visa. Eventually, his path would lead him to start his own business, Citcon, a technology company to build payment infrastructures for mobile wallets around the world.

His idea for Citcon came to him while he was traveling through China in 2015. QR-based wallets such as Alipay and WeChat Pay were quite popular. He said the QR-based wallet apps in the U.S. like PayPal, Venmo, Zelle, and squareCash, have the same amount of popularity as their counterparts in China. More specifically, they have 10 times the consumer base than Apple Pay and Google Pay. He said U.S.-based payment companies were only focusing on enabling merchants to use Apple Pay and not use those QR-based wallet apps.

“I thought it was a great opportunity for me to start a company to solve that problem for the merchants,” Dr. Huang said.

Since Citcon started operation in 2016, it has raised around $20 million in venture funding and grew its team to more than 60 people in five offices globally. It signed more than 30 mobile wallet partners including PayPal, Venmo, Klarna, Alipay, and WeChat Pay, and deployed payment solutions to over 3,000 business clients, processing $600 million in payments per year.

Throughout all his successes, Dr. Huang looks back fondly at his time at CISE and the valuable lessons he learned. Specifically, he said he learned that you must find and define a problem you want to solve. He’s been able to incorporate this lesson throughout his career.

“Creating a startup business plan and writing a Ph.D. research proposal shared some similarities: 1. Define a real problem, 2. Propose a novel, feasible, and non-trivial solution, 3. Seek venture capital money or research grants, and 4. Lead the team to deliver the results (product or publications),” Dr. Huang said. “Business needs more hard work after that because you need to sell the product and generate profits and financial returns for its investors. The researchers have more freedom and they can move on to the next interesting problems. That is the fun part of being a researcher/professor.”

While working toward his Ph.D., Dr. Huang said he met many new friends and even his wife Liu W. Huang (MS CE ’99).

For future Gators, he offered this:

“Computer science is a fast-changing field. Learn as much as you can in school, but don’t stop. Keep learning new things after you leave school.”