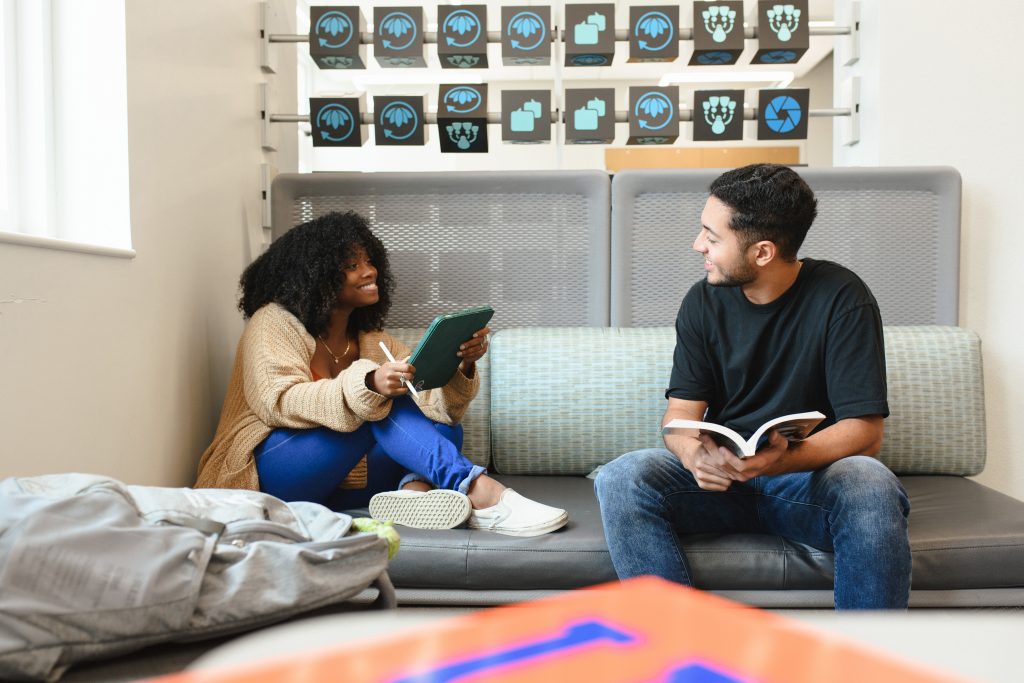 Below you will find recommended links for information and opportunities.

Top Tips for Supporting Neurodiversity in the Workplace

Neurodiversity is the idea that having brain differences is normal, and being autistic or having other neurocognitive differences are not “abnormal,” they are just variations.
15% of people are neurologically different.
What steps can your organization take to support neurodivergent teammates?

It’s no secret that people with foreign backgrounds, more specifically foreign accents, tend to have a harder time assimilating into universities and workplaces than their American-born counterparts.

Here’s what you can do to bridge the gap within the walls of your own lab and classroom.

Having a Clear Understanding of What the Job Actually Requires

Besides ensuring that you won’t hire someone over or underqualified, it will highlight for your group the broadest set of must-have skills, experiences, credentials and working style that will excel in this position – allowing for a wider range of applicants to align with core requirements. It will also help prevent reviewers from shifting standards from application to application.

Giving the Reviewers Enough Time To Review Each CV

When people are rushed, they are more likely to select candidates with similar experiences and backgrounds to those who have been hired previously or to themselves. By giving people an appropriate amount of time to review and process the information thoroughly, they have more time to think through alternative backgrounds and appreciate the breadth of experiences that can successfully fulfill the opening.

Reviewers seek out reasons to quickly reject. We have a huge stack of applications to review, and we can only interview a tiny fraction of people, often less than 10 percent of all applicants. Once we spot a flaw in the application, it can easily feel as though we have done our job and narrowed down the pool of applicants. It is extremely tempting to quickly give a low rating and move on to the next application after finding a weakness. That has deleterious effects on minority and women applicants, who are often socialized to hedge expressions of their strengths by pointing out their own weaknesses.

Bias, Fairness, and Validity in Graduate Admissions: A Psychometric Perspective

The aim of World Religion Day, held on the third Sunday in January every year (Jan. 16 this year), is to promote inter-faith understanding and harmony. Started in 1960. Through a variety of events held around the globe, followers of every religion are encouraged to acknowledge the similarities that different faiths have.

World Religion Day also seeks to overcome historical differences between religious groups. Throughout history, many conflicts and wars have been caused by arguments over religion and beliefs. The day aims to overcome this and achieve a peaceful understanding between faiths.

Interfaith dialogue refers to cooperative, constructive, and positive interaction between people of different religious traditions (i.e., “faiths”) and/or spiritual or humanistic beliefs, at both the individual and institutional levels.

“If we go out to encounter other people, other cultures, other religions, we grow and we begin that beautiful adventure called dialogue.”

“Dialogue is what brings peace. Peace is impossible without dialogue.”

“All wars, conflicts and troubles we encounter with each other are because of a lack of dialogue,” – Pope Francis

If you happen to know the religion of a student or colleague, now is the time to write down some of their observances and celebrations so that you can wish them well on those days or at the very least be considerate of deadlines on or around those days.

For women and students from other underrepresented groups in STEM fields, decades of research have shown the importance of “feeling like they’re part of that community, that they can be part of the conversation and speak in a group setting, get clarity or answer a question with confidence

Women generally speak far less than men in undergraduate engineering classes, but this is not always the case, according to Princeton researchers. When classes are taught by women instructors, the gender gap practically disappears.

Women participated more frequently after another woman’s comment, regardless of comment type, which points to icebreaker questions as a strategy that instructors can employ to promote participation and refresh students’ attention. Conversational comments still had the effect of increasing participation by women is a really empowering result, because it means that you can solicit less intimidating forms of participation. The researchers found that after one woman participated in class, during the next minute the proportion of comments by women rose to 32.4% — an effect that decayed over time but lasted for nine minutes after the initial comment.

Take note of the participation patterns in your own classes. Even in classes with roughly half male and female students, women only spoke about 20% of the time.

Q: “What to do when you mistake the new junior faculty in the department for a student?”
A: DO NOT say “Oh I’m so sorry, you look so young I thought you were a student”.
DO say “I’m so sorry Dr. xyz, it was not my intention to be disrespectful. We are so excited to have you join our faculty.”

Q: what do you say when your Ph.D. student tells you that they are expecting a new baby?
A: Congratulations!

Tailor your teaching with Computer Science Teaching Tips. Click the thumbnails below to view or download a PDF. 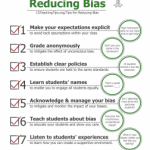 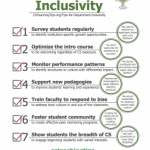 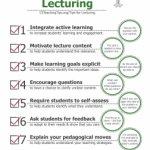 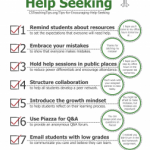 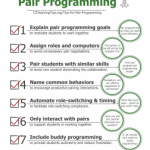 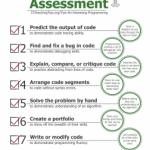 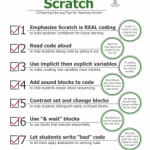 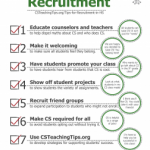 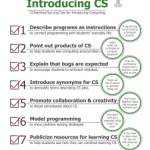 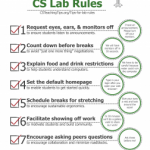 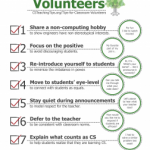 Kyla McMullen, Ph.D., has agreed to serve as CISE’s representative on the College’s IDEA committee.

In addition to having faculty representation on IDEA, the department also has a CISE IDEA committee, which includes faculty, staff and students. 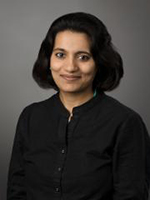 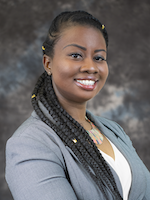 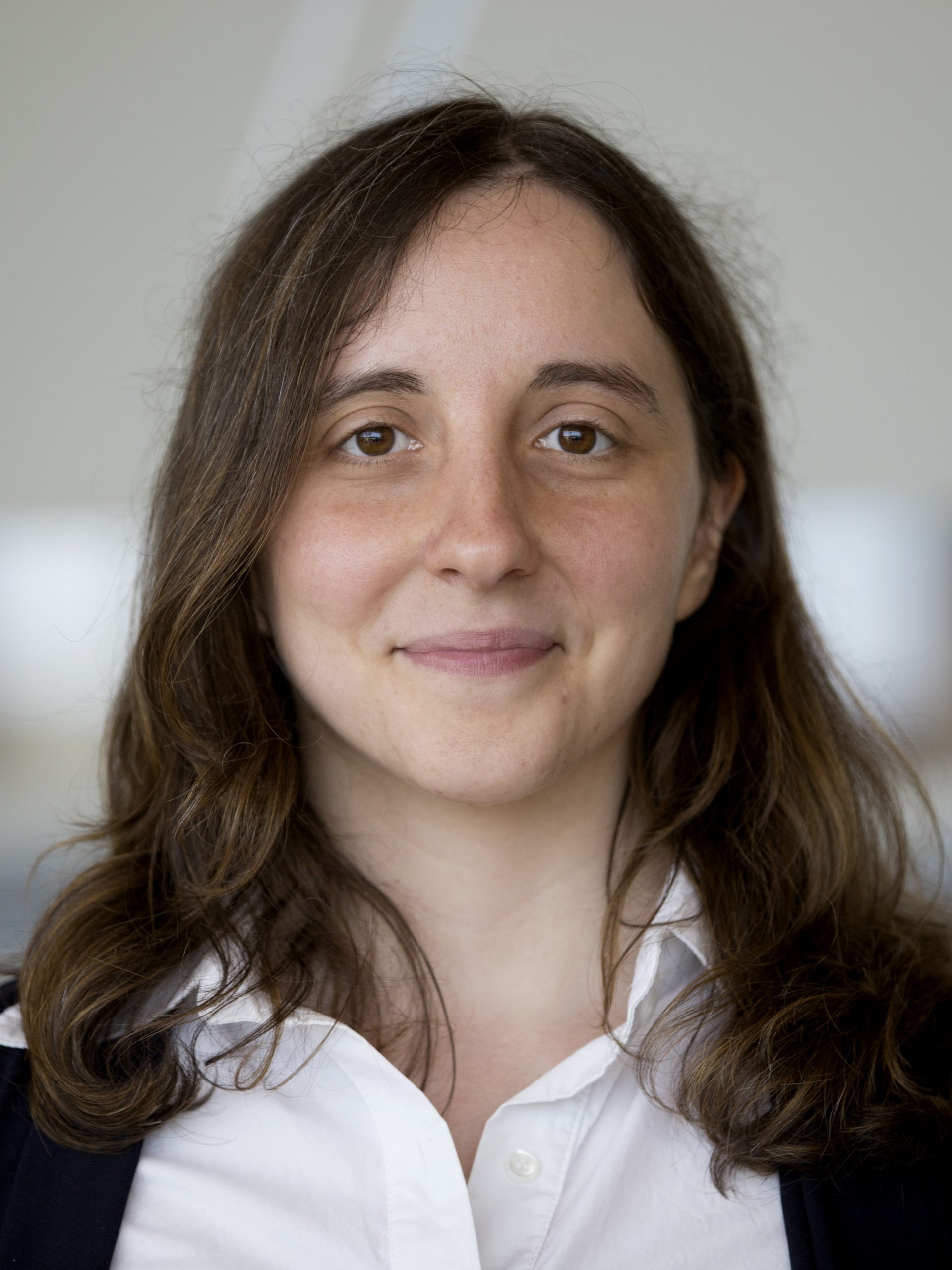 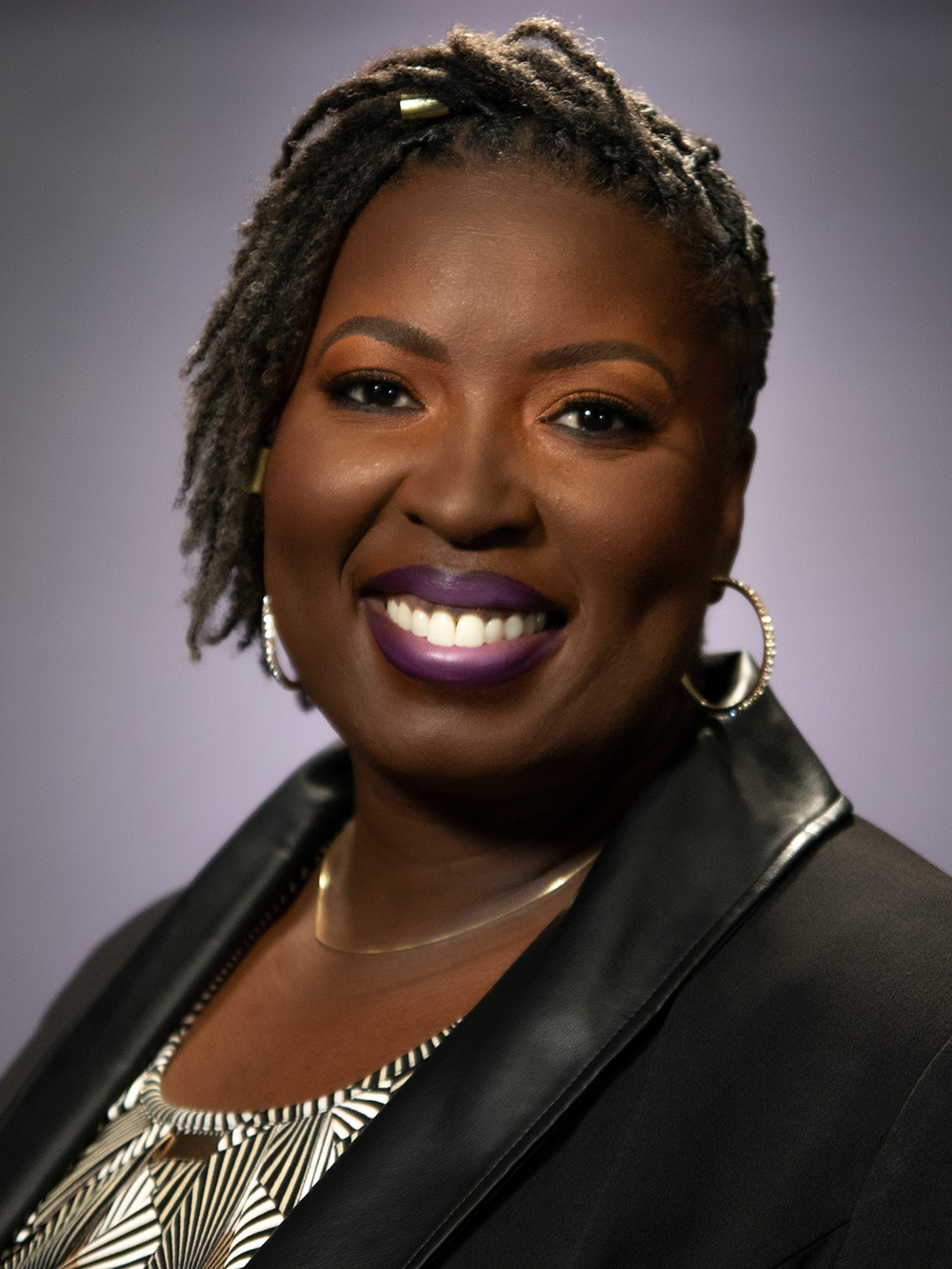 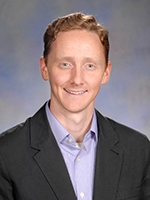 There are no events available at this time.

**Article originally published on Nature.** Black and Hispanic people face huge hurdles at technology companies and in computer-science education in the United States, with far-reaching consequences for science and all of society. Juan Gilbert felt alone as he pursued a Ph.D. in computer science in the 1990s. It was a…

Gloria Katuka first saw a laptop when she was 12 years old, a moment she has never forgotten on her journey to becoming a computer scientist. Years later, Katuka has spent her time finding ways to bring computer science to K-12 students, even founding InTECHgrate, a nonprofit that provides after-school…

Chris Crawford, Ph.D., may have taken a different path in life had a storm not fried his computer. “It was literally a lightning strike that propelled me into computer science,” said Dr. Crawford (HCC Ph.D. ’17), an assistant professor at the University of Alabama Department of Computer Science. The computer…

Growing up in Gainesville, FL, Rhonda Holt, the senior vice president of information technology at the Public Broadcasting Service (PBS), assumed she would be pursuing aerospace as a profession. The space program was gearing up in Florida, and like many people, she had grown up watching space shuttle take-offs. But,…

The University of Florida Department of Computer & Information Science & Engineering (CISE) is proud to announce the graduation of Brianna Posadas, Ph.D., the first Latina to earn a doctoral degree from the department. Dr. Posadas, who wants to pursue agricultural technology policy and usability in agricultural engineering design, passed…